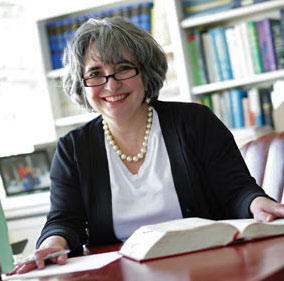 Many parents explain away their child’s behavior as simply an age-related stage.  Too often, they offer platitudes such as, “Well, of course he has temper tantrums.  He’s 3!” or “She has a terrible attitude, just like her dad!”

While it is true that these pathologies can be age or family related, we should bear in mind that they are still pathologies.  Therefore, even if they present, this doesn’t mean that they belong there.

Not every toddler throws a tantrum and not every teenager needs an attitude adjustment.  These problems are particular to the individual and are symptoms to which we ought to give our full attention.

They reflect an idiosyncratic personality that can be guided and brought to its best state through homeopathic remedies.

Homeopathy is gentle and won’t change your child’s personality.  When the remedy is chosen correctly, it will bring your child into balance both physically and emotionally.

Read through the following descriptions to find the remedy that best fits the entire “picture” of your child’s symptoms.  Administer one dose in the 30th potency every 3-4 hours until improvement is seen, then stop.  If no improvement after the fourth dose, try the remedy that seems to be the next best fit.  For more severe symptoms, the chosen remedy can be given every 1-2 hours.

This is the remedy to use for symptoms brought on by going “over-the-top.”  Ailments are brought on by too much sugar, too many drugs, too much stress, pressure, work, food, drinks, etc.  Irritability is a key factor in this remedy along with gastrointestinal issues such as gas, bloating, constipation and diarrhea.

Although irritability is addressed by Chamomilla, it also encompasses symptoms that result from anger.  Symptoms include fractious behavior and acute sensitivity; that is, the reaction is far too great for the stimulus received. Words or physical touch which would normally cause a much less severe response will prompt testy and crotchety comebacks.  This remedy is also particularly useful in cancelling out the workings of unnecessary drugs.

Individuals who might benefit from Lycopodium are generally insecure and cowardly and are typically afflicted by gastrointestinal complaints. Though they appear confident and self-assured, they worry about how they are perceived and judged by others.  Their worries increase when they are by themselves so just having someone nearby alleviates their anxiety. The behavior is often cross and cantankerous.

As its name alludes, Coffea is made from coffee beans, and it addresses those pathologies which are similar to the ill-effects of caffeine. Though there isn’t marked anger or anxiety, which the former three remedies envelop, there is an inability to relax and the mind races. Despite these jittery thoughts, the disposition is quite even- tempered, though there might be some, though little, irritability. Because the mind is already quite excited, even the smallest pain causes inordinate distraction and there is an increased sensitivity to surrounding elements, such as noise, light, touch, etc.

When parents ask me what they should do until the remedy takes effect, I tell them to indeed discipline the child.  Just because the behavior may have physiological roots, it doesn’t mean the child shouldn’t be held responsible and taught accordingly.  We all have our bad days, and we need to learn how to adjust accordingly, so as not to disrupt family life and society in general.

Give the remedy most suited to your child and you might find that even if anger is still exhibited from time to time,  it will be mitigated by an inner wherewithal that was previously absent.

About the Author
If you find this kind of information valuable, you can learn more about homeopathy at her site: www.homeopathyworks.net.  Contact her office at 716.941.1045 to schedule a FREE 15-minute consultation to learn if homeopathy might be a good fit with your health strategy.  Lots more homeopathic tips on her blog: www.homeopathyworks.wordpress.com.
Joette Calabrese, HMC,CCH,RSHom is a homeopath and mom who has depended solely on homeopathy and nutrition in raising her family without a single drug….ever!
at 6:00 AM