Psychologist Warns Of Taking Your Kids To Unfamiliar Vacation Destinations 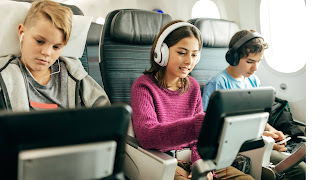 A British child psychologist is warning parents against taking their children to unfamiliar places. The Telegraph reports that according to Dr. Oliver James' theory, children crave repetition and consistency. He argues that anything else can cause psychological stress.

"Home-based holidays are what most children really want," he said in a statement to The Telegraph.

James argues that more familiar vacation destinations are better options for young travelers. Camping, for example, may be considered one of these places, as 85% of campers took their first trip between birth and age 15. For James and his family, their consistent destination was in Cornwall, England, according to The Telegraph. When he suddenly decided to take his children to France, the family did not all enjoy the vacation equally.


"My kids were eight and 11," he said. "The oldest was just old enough to appreciate the novelty of it all: the way that French cheese, street markets, and even the sun-cream seems different. My youngest was unimpressed. And the next year, both of them insisted we go back to Cornwall. They’re 12 and 15 now, and we still go back to the same place every summer."

James told The Telegraph that this physiological stress comes from the rapid rate of change in children's lives, particularly between the ages of five and 10.

"There is so much change in children’s lives today," he said. "We move schools and houses, we experience countless new things. A familiar, recurring holiday spot can sometimes be the only anchored thing in a child’s life -- a safe and predictable place in a shifting universe."

Traveling can be an exhausting process. Even business people flying commercial report a 40% drop in productivity while in these uncomfortable conditions, which may sum up the extent of travel stress for adults. For children, James said that simple unfamiliarity can be a discomfort, but how is it truly that simple?

Not everyone thinks so, as James' theory is not universally accepted in the psychological community. New Zealand-based publication Stuff reports that Australian psychologists Carrie Barber said that unfamiliar vacations could be beneficial to a child's mental health, as long as their adult supervisors are responsible.

"It's right that children like consistency, but they would have that if they're traveling with their parents and some sense of routine is maintained," Barber said in a statement to New Zealand website Stuff. "Overseas holidays can be good for children, depending on what you choose to do and how you handle things. Children rely on the adults with them to provide them with the sense of security they need."

Kelsey Rausch is a writer and an avid world traveler. When shes not writing or listening to 80s music, you can find her exploring different countries, taking selfies with her dog Lady, and in constant search for the perfect brownie recipe.
at 1:49 PM

So good to read everybody's opinion and evidence.