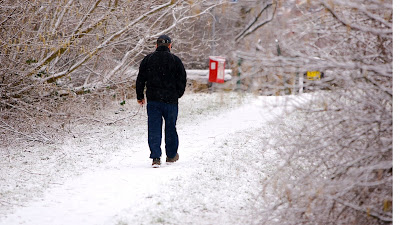 A new study from Harvard researchers found that just one brisk walk a week could cut an older woman's risk of early death by nearly 70%. The study concludes that more physical activity, especially at increased intensities, could lead to an increase in life expectancy among older females.

Previous studies have found that self-reported active people have about 20 to 30% lower death rates than those who were least active.


This latest research is the first physical activity study to retrieve data by using a wearable device called a triaxial accelerometer. The device has the ability to measure activity along three planes: up and down, front to back, and side to side. This gives the device an increased sensitivity to detect physical activity while allowing for more accurate measurements.

"We used devices to better measure not only higher intensity physical activities but also lower intensity activities and sedentary behavior, which has become of great interest in the last few years," said the study's first author I-Min Lee, a professor of medicine and epidemiology at Harvard University's medical and public health schools in Boston, Massachusetts.

The research was conducted from 2011 to 2015. More than 17,700 women with an average age of 72, which is above the average retirement age of 63, wore the triaxial accelerometer for seven days. The final data was analyzed from 16,741 participants who wore the device for at least 10 hours a day, on at least four days.


The data showed that more moderate to vigorous intensity physical activity, like brisk walking, was associated with roughly a 60 to 70% lower risk of death among the most active women at the end of the study.

On the other hand, light intensity activity, like housework or slow walking, was not independently associated with death risk at the end of the study.

However, the researchers stressed that this data does not mean that light activity isn't beneficial for other health outcomes. Other studies have found that regular, light exercise can help prevent depression and help with chronic problems like knee osteoarthritis, heart disease, and diabetes.

Vigorous intense physical activity could include activities like soccer, which involves running, walking, sprinting, and jumping, usually for a full 90 minutes. These types of activities ultimately increase the participants' endurance. However, younger people in their 20s and 30s are the ones usually participating in these types of activities. Among older people, vigorous intensity activity may be impossible.

The researchers hope to continue this study to further examine other health outcomes, but say that the overall findings show the bottom line is that physical activity is good for your health.


Kelsey R. is a writer and an avid world traveler. When she’s not writing or listening to 80s music, you can find her exploring different countries, taking selfies with her dog Lady, and in constant search for the perfect brownie recipe.
at 6:30 AM