Sleeping Tight? Catching Enough Z's May Be More Important Than You Think 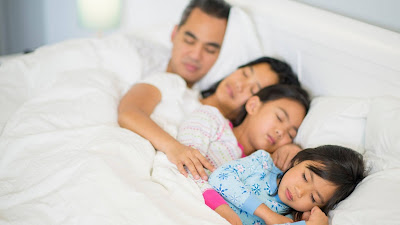 We've all experienced the feeling of running on almost no sleep. Especially as parents, it's often inevitable to push through the day groggy and exhausted. Unfortunately, it's easy to make this a pattern, shorting yourself of sleep night after night.

And it turns out that missing out on quality Z's is more harmful to our health than we thought.

Most health professionals recommend seven to nine hours of sleep per night, but what happens when you miss the mark?

Not enough sleep can affect your mood...

In fact, one British study found that the consequences of skipping sleep could be more than just crankiness. The researchers' control group was restricted to just four hours of sleep for three nights.

"There were increases in anxiety, depression and stress, also increases in paranoia and feelings of mistrust about other people", Sarah Reeve, a doctoral student in charge of the experiment, said in a statement to BBC. "Given that this happened after only three nights of sleep deprivation, that is pretty impressive."

Lack of sleep could also lead to more severe diseases...

Another study found that missing an hour of sleep per night may increase the risk of Type 2 Diabetes. NBC News reports that these risk factors include high blood glucose levels and insulin resistance. Adding to the list, a study by the University of Zurich found that those who get fewer than eight hours of sleep are more likely to show risk-seeking behaviors, according to NBC News.

So, while it may seem tempting to stay up a few hours later than you should to catch some alone time or finish a project, it is likely not worth the negative health impact. By prioritizing your sleep, you can boost your mental and physical health.

Kelsey R. is a writer and an avid world traveler. When she's not writing or listening to 80s music, you can find her exploring different countries, taking selfies with her dog Lady, and in constant search for the perfect brownie recipe.
at 10:00 AM

Email ThisBlogThis!Share to TwitterShare to FacebookShare to Pinterest
Labels: children and sleep, lack of sleep and health problems