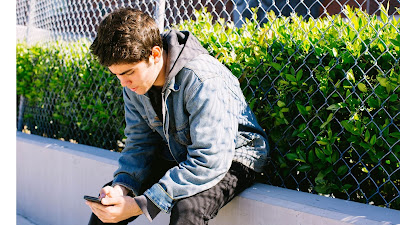 A new study found that teens are getting less sleep than they did before the rise of smartphones. This not at all surprising data is prompting concerns about health consequences of smartphones use and insomnia.

The study, published in the journal Sleep Medicine, looked at 370,000 adolescent participants. The two surveys were conducted over many years and included questions asking how many hours of sleep they got each night.

The researchers focused on the years from 2009 and 2015. These years were chosen because they were "when the mobile technology really saturated the market among adolescents," said Zlatan Krizan, a psychologist specializing in sleep and social behaviour at Iowa State University and co-author of the study.

There was a noticeable shift in the amount of sleep a typical teen got over the six-year period.

The data shows that teens were 16 to 17% more likely to report getting less than seven hours of sleep in 2015 than in 2009. According to the Centers for Disease Control and Prevention, that is below the recommended amount of sleep for 13 to 18-year olds, which is eight to 10 hours per night.

Other factors considered during the study were working after school, homework, and watching TV. However, those numbers stayed relatively the same between 2009 and 2015.

The researchers emphasize that the lack of sleep does not solely rely on the use of phones at night. In fact, teens who used the technology for two or less hours a day didn't appear to have any issues with their sleep patterns. Those who had five hours of use or more each day were the ones who had their sleep patterns disrupted most.

With about half of all cell phone users in the U.S. having a smartphone, more and more people are seeing the impacts of the device on sleep, productivity, and even cognitive functions.

One study in particular provides preliminary research that shows smartphones are linked to reduced cognitive abilities. The researchers stated an intensive smartphone use was associated with a reduced math performance.

When heavy smartphone users were compared with nonusers, the researchers found that heavy users had a reduced excitability in the prefrontal cortex.

Avid Hadar of Ben-Gurion University, the study's corresponding author, said the findings suggest that “intensive smartphone usage can result in changes to our cognitive capabilities, bearing in mind that some of these changes may be disadvantageous and some beneficial.”


Kelsey R. is a writer and an avid world traveler. When she’s not writing or listening to 80s music, you can find her exploring different countries, taking selfies with her dog Lady, and in constant search for the perfect brownie recipe.

Email ThisBlogThis!Share to TwitterShare to FacebookShare to Pinterest
Labels: lack of sleep for teens, teens and cell phone health consequences