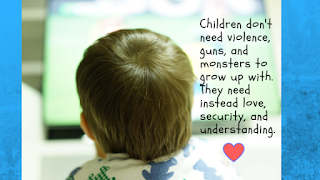 Once in the legendary days, there in Sicily roamed the rare giant of the one eye, called Cyclops.  He was a big, tall, hairy guy with one large eye.  A real giant that stalked the dark nights.  Granted, that the world has come a long way since the beliefs in giants, but today in the twenty-first century we have created the new monster.  Our monster is sometimes in colors of passionate purple, blood red, and death darkness.  Its body is square, with two dials and an inner box of controlling dials in its head.  It also has one big eye.  Yes, the big brown body with one eye, breathing from dawn till dark lies in your living room. The one-eyed "Cyclops" monster is the television set.

Within your “cyclops” lives enough blood, terror, and torments that would be enough to stage four hours of screaming pain.  Pictures that deal with animals out of proportion eating men, men killing men for love or fear, saucers with men to destroy the earth.  It seems impossible that a person can turn "Cyclops" on one night out of seven without finding blood.  Color sets have become the thing for the rich or should we say the "realistic" people who like red blood instead of the black.  What is more astounding is that the family may have from two to three of these monsters in one house.  One for the playroom, bedroom and one for the living room.  The name "chamber of horrors” would be more suitable than the living room.

The masters of these monsters are eager little faces, eyes big as saucers and little faces dazed with amazement or twisted with pain.  We know that all of it is imaginary but try to tell that to the screaming child having a nightmare from a television show.  It seems a shame that this is what “cyclops” gives to children, a wonderful world of giants, killings, pain and terror and nothing more.

The stores now have taken an active part in making "Cyclops" the beginning of a new realm of things to play with.  Combat guns and tanks, Frankenstein puppets, rubber knives, horror comic books all crowd the market as toys for little children.  The child’s mind is so clouded with black things, there is no room for growth and imagination for the right things.

Turn off Cyclops for a while and watch how people scatter in little crowds with nothing to do.  Experience a nightmare free night, a child’s imagination. Look at the brown box, "Cyclops" who rules over your kingdom. Let the eye of the monster die.

Children don't need violence, guns, and monsters to grow up with.  They need instead love, security, and understanding.  Things that no monster one-eyed or not can give.  Keep the blood where it should be, inside the body, not flowing from a gaping wound on the belly or face is shown or projected by CYCLOPS!

Written by Pat Chastain in 1965

Email ThisBlogThis!Share to TwitterShare to FacebookShare to Pinterest
Labels: TV and children, violence on TV