Study Finds That One in Three Kids Experience Back Pain 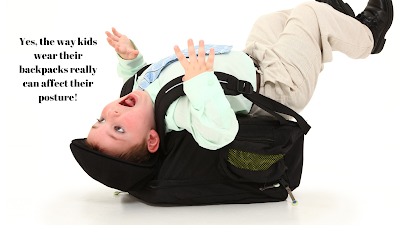 Yes, the way kids wear their backpacks really can affect their posture!

Experiencing back pain is extremely common in today's society. In fact, experts believe that 80% of the population will experience a back problem at some time in their lives. Whether it's from a genetic condition, poor posture, or an accident like a staircase injury, which is the second leading type of accidental injury, millions of people experience back pain regularly. And now, a new study has found that back pain among children and adolescents is significantly higher than might be expected.

According to the study, “The Epidemiology of Back Pain in Children and Adolescents: A Cross-Sectional Study of 3,669 American Youth,” one in three children between the ages of 10 and 18 reported experiencing backaches within the past year. The survey reached about 3,700 children between these ages.

The data showed that back pain increased along with the kids' age and weight and reports of back pain were higher among kids who participated in competitive sports. Those who played junior varsity and varsity sports had more frequent back pain and the most commonly played sports among the participants included basketball, baseball, soccer, dance, and football.

Dr. Peter Fabricant, who treats pediatric patients at the Hospital for Special Surgery in New York City, explained, "We see a lot of kids who have pain from overuse injuries or joint pain from playing sports. Of these kids who had back pain, very few actually required any sort of medical intervention. Most didn't need treatment at all."

While about 31 million Americans say they experience lower-back pain at any given time, this is the first study that has taken a close look at the extent of back pain experienced by children. The study also found that backpacks played a major role in contributing to back pain. According to the researchers, kids who reported using only one strap to carry their backpack reported drastically higher rates of back pain than those who chose to utilize both straps. Additionally, kids who used backpacks that rolled reported more frequent back pain.

The overall findings of the study show that 33.7% of the participants reported some level of back pain within the past year. As for treatment options, 40.9% went to physical therapy, 33.9% sought massage therapy, and 34.1% chose to seek chiropractic treatment. Additionally more females (38%) reported back pain compared to males (29%).

The good news is that the back pain experienced by children and adolescents rarely requires extensive treatment. So while today's medical technology allows patients to utilize tools like cardiac catheterization, MRIs, and more, most of these children won't need medical or surgical treatment.
DR. Fabricant commented on the findings, suggesting that parents encourage their children to stay away from sports or activities that increase their back pain. Additionally, backpacks should be worn properly and stretching and strengthening back muscles may also help reduce back pain.

These findings were presented on March 12 in Las Vegas at the American Academy of Orthopaedic Surgeons' annual meeting. This research has not yet been published.
at 8:00 AM

Email ThisBlogThis!Share to TwitterShare to FacebookShare to Pinterest
Labels: kids and back pain