Sticks, Stones and Solutions: Why Bullying Matters to All of Us by G. W. Wilkins 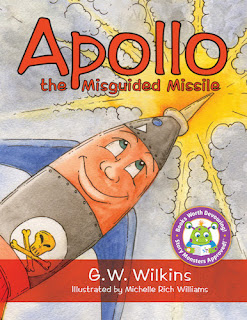 Sticks, Stones and Solutions:  Why Bullying Matters to All of Us by G. W. Wilkins

Reports of bullying among our children is on the rise, and the consequences are serious. Whether more bullying is occurring or whether more parents are becoming aware of peer-to-peer bullying incidents and reporting them is unknown. Some parents even report bullying occurring as early as preschool.  Yet it is well-documented that children who are the target of bullying, whether in person or in a cyber environment, are at risk for anxiety, loneliness, low self-esteem, depression, physical health issues, alcohol and drug use, poor academic performance, poor social self-competence and even suicide.


The bullies themselves are also impacted.  Recent studies also show that they are more likely to get into frequent and injurious fights, to vandalize, steal, smoke and drink alcohol, be truant from school, drop out of school, carry a weapon and become a criminal. In one study, 60% of those who bullied had at least one criminal conviction by age 24.

Why do kids bully each other?  According to www.empoweringparents.com, “The answer is simple: it solves their social problems. After all, it’s easier to bully somebody than to work things out, manage your emotions, and learn to solve problems. Bullying is the proverbial ‘easy way out,’ and sadly, some kids take it.”
Bullying can involve verbal abuse, emotional abuse and even physical abuse always meant to disempower the victim

For many of my own generation, and even as a parent of now adult children, it is difficult to imagine the rate at which peer-to-peer bullying is now being reported because it is not a normal part of childhood.  But it was a part of my own childhood. Growing up on the south side of Chicago, we had our share of bullies, and most of them came from families who were dealing with some form of dysfunction. Many of these bullies spent time in prison, for various crimes they committed as they grew older.

When I wrote Apollo the Misguided Missile, at first I thought I was crafting what I hoped was a fun and imaginative tale of the village of Bliss, who were soon to be overtaken by the Tribe of Boar, a warlike group led by King Grump, who sought to take over the world. My story seemed to be an epic tale of the villagers, who came together to brainstorm solutions, and of young and heroic Iggy, who volunteered to carry out their plan. But as I began to develop the themes in the book, I also realized I was telling a story about bullying and problem-solving.

Apollo the Misguided Missile, illustrated by Michelle Rich Williams, offers its readers ideas and tools for communication, problem-solving and non-violent conflict resolution, even with the most unlikely of opponents.  Apollo the Misguided Missile demonstrates the power of using group discussion for problem-solving, the value of listening to and respecting every group member, even including the youngest, and the effectiveness of using communication to engender a shared perspective and craft a unique and surprising solution, no matter how unlikely the outcome might seem.  The book is appropriate to read to ages 4 and above and self-readers ages 8 and above can likely read it to themselves.

In writing Apollo the Misguided Missile, my goal is to offer a story that teaches its young readers that the largest and most overwhelming of problems can have a surprising and positive ending.  To help reinforce the message of Apollo, I am writing a short play version of Apollo that schools can use to help shine a spotlight on bullying and peaceful conflict resolution. My hope is that parents will also read the book with their kids and discuss the questions I’ve included at the end about bullying and conflict resolution.

About the Author:  From boyhood, G.W. Wilkins has had a strong and unrelenting passion for creating stories for children. In addition to a long and successful career in publishing, he delighted in making stories for his children and experiencing their response to his tales. Wilkins’ stories are always crafted to include key ideas or life lessons for kids.  A prolific writer of tale and verse, Apollo the Misguided Missile is his first published book. Wilkins is a resident of Colorado, where he also publishes a weekly magazine, Snippetz. Learn more about G. W. Wilkins at www.gwwilkins.com, where you can also order a copy of his book.