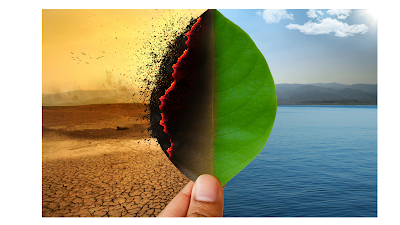 Would you let your 16-year-old stay out past midnight by themselves? If not, then the tale of Greta Thunberg may give you extreme parenting anxiety. Of course, instead of staying out late with friends, Greta is trying to spark global action on climate change.

Greta Thunberg, a 16-year-old Swedish girl, has become both a loved and despised face at the forefront of climate change activism. Last year, she began skipping school at age 15 to protest political inaction in the face of the global climate crisis. Her protest began gaining attention across Sweden and burgeoned into a worldwide movement dubbed Fridays for Future.

Across the United States, some 60% of people have some form of life insurance. Her point is that the earth doesn't have such a luxury, there is no backup, nor global insurance policy if the planet is effectively destroyed by unbridled resource consumption. Additionally, future generations face that same fate if global complacency and denial continue.


Her work and influence have drawn the respect and ire of parties from both sides of the climate change debate, but her own personal fervor isn't to be trifled with. While 95.4% of Americans practice some sort of charitable giving, she encourages beyond that. Not only giving but giving up parts of human comfort that are environmentally harmful. One of her actions was giving up commercial air travel. So, to make it to New York City before she's due to speak at the United Nations Climate Action Summit in Manhattan on September 23, she sailed across the Atlantic Ocean, arriving in New York City after 15 days at sea.

Unfortunately, no matter how much you care about global warming, it's hard not to contribute emissions of some kind. Unless you get around exclusively by bicycle, it's almost impossible to have a minimal carbon footprint. Idling cars in traffic costs American commuters 42 hours and approximately $1,400 in wasted gasoline every year. Her emission-free yacht was exactly that; emission-free for the 3,000 nautical mile trip she made. Accompanied by yacht skipper Pierre Casiraghi, the son of Monaco's Princess Caroline, and world-renowned nautical circumnavigating sailor Boris Hermann, the three made their way across the Atlantic. The trip was chronicled on social media and religiously followed by European news outlets. Unwavering in her mission, she will not be hindered, nor silenced. At an early age, she became aware of climate change and it deeply affected her.

"Later on I was diagnosed with Asperger's syndrome, OCD and selective mutism. That basically means I only speak when I think it's necessary. Now is one of those moments," she shared at a TED Talk in Stockholm last year.

Between attacks on her age, diagnosed disabilities, and climate rhetoric, she has barely flinched beyond finding it humorous that people with nothing to say on the topic at hand instead attack her as a person. Some 45% of Americans have trouble sleeping, but the only thing keeping her awake at night is the future of our planet. That, and she admitted sleeping on a boat for two weeks wasn't always the most comfortable. After resting and eating some food that isn't freeze-dried, she'll be ready to set to work.

She's been popularly asked if she has a message for President Trump, a climate change skeptic, to which she most recently responded:

"If no one has been able to convince him about the climate crisis — the urgency — then why should I be able to do that?"

In the first quarter of 2017, the percentage of female CEOs leading Fortune 500 companies topped 5% for the first time, with women leading 27 major firms. While that number might seem small, women are playing a larger and larger role in global affairs with each passing year. In the world of environmental activism, Greta is proving that anyone, even an ambitious 16-year-old, can make a difference on the world stage.

Her goal remains to gather more people around the cause, cultivate widespread global awareness, and to continue motivating the powers that be to adopt a sense of urgency concerning the future of the celestial body that sustains life as we know it.