How Does Accidental Death and Dismemberment Insurance Benefit My Family? 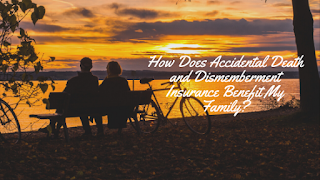 You’ve heard about AD And D insurance and it sounds like a good idea, but how exactly does it work and how do you know if you need it? Here’s a quick guide, based on a conversation with busy Philadelphia life insurance attorney Chad Boonswang, Esq.
What is AD And D Insurance?
Conclusion

Employers might also offer Travel Accident AD And D insurance to cover employees while on a business trip.
How Do I Know if I Need AD And D Insurance?
If you have a family that depends upon your income, AD&D insurance is a good idea. If you are prevented from working or can only work in a limited capacity following a serious injury, the partial dismemberment benefit will help make up for the loss of income. And, if you are accidentally killed, your family receives the entire benefit.
How Does AD And D Insurance Pay Out?
If the insured dies accidentally, the death benefit is paid to his or her beneficiaries. The keyword is “accidentally,” because if the insured dies from, for example, a disease he or she knew he or she had, that is not an accident. Nor is suicide.

The AD And D rider death benefit will most often equal the death benefit of the life insurance policy. This is why an AD&D rider is often called a “double indemnity” rider because the beneficiaries will receive double the benefit amount.

If the insured is seriously injured accidentally, then the AD And D rider pays a percentage of the benefit to the insured based on the seriousness of the injury. Some injuries will qualify for receipt of the entire benefit, such as if the insured loses his or her vision and an arm in a car accident.

The dismemberment “schedule” showing the percentage of the benefit paid for each type of injury will vary among insurance companies, so be sure to shop around.
Why Do Insurance Companies Deny AD And D Claims?
Insurance companies only make money when they DON’T pay claims. Therefore, it is their best interest to delay or deny claims, contrary to the interests and the intent of the insured. If your AD And D claim has been delayed or denied, it is important to get in touch with an AD And D attorney right away.
When an AD And D Claim is Denied Due to Death Exclusions
There will be a number of “exclusions” listed in your AD And D rider and the insurance company has a team of attorneys trying to make each claim fit into one so they don’t have to payout. The list of exclusions vary among insurance companies but most often include death by:

If the insured is seriously injured in an accident and dies weeks or months later, the insurance company will likely try to claim that the accident itself was not the cause of death. This too can be successfully overcome with the help of an experienced life insurance beneficiary attorney.
When an AD And D Dismemberment Claim is Underpaid
If the insured was seriously injured, for example, if he or she lost a limb in an accident, the insurance company will likely argue that the injury is less serious than it is, and want to pay a lower percentage of the AD And D benefit. Again, an AD And D attorney can help you get the largest percentage paid that is possible given your injury.


AD And D insurance is an inexpensive way to ensure that your family is taken care of should you become accidentally injured or killed. However, insurance companies often delay, deny, or underpay these claims, so do not hesitate to contact an attorney to help you if this happens to you or your family. 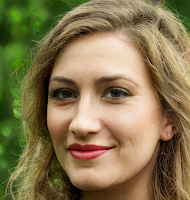 About the Author
Veronica Baxter is a legal assistant and blogger living and working in the great city of Philadelphia. She frequently works with Chad Boonswang, Esq. a busy Philadelphia insurance attorney.

The daughter of military parents, Veronica lived all over the world as a child growing up and collected experiences and friends throughout her travels. Having developed a taste for international cuisine, she is growing into an accomplished amateur chef - just about every weekend you can find her in her kitchen creating ethnic and seasonal farm-to-table meals for her family and friends.

Veronica plays soccer in a recreational league and is a rabid Philadelphia Union and Sky Blue fan. She is committed to social justice and volunteers at a local soup kitchen and as a roofer and framer with Habitat for Humanity. She lives in a renovated south Philly rowhome with her husband John, their two rescue poodles, Connor and Camelot, a full aquarium of African Cichlids, and several rescue cats (the number changes almost daily!).