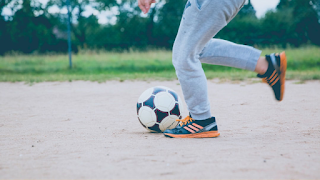 During the winter months, it can be difficult to find ways to limit screen time for kids. With most outdoor activities off the list and limited space indoors, it’s easy to fall into a pattern of letting kids watch TV or play online games for most of the day; however, this increase in screen time can end up becoming habit-forming, quickly escalating to additional screen time during the summer months as well. While we often hear about the negative impact that screen time can have on young children, it’s important to understand the dangers and address how we can prevent it.

The Long-Term Impact of Screen Time

In recent years, many studies have been conducted to better understand the consequences of media usage in childhood development and the results have so far been concerning. In the United States, nearly one in every 12 children between the ages of three and 17 has some type of disorder relating to speech, voice, and language development.
While these disorders can be linked to specific learning disorders, research has also found a correlation between screen time and language delay. Dr. Catherine Birken, a pediatrician and scientist in Toronto, assessed multiple children from 2011 to 2015 to gauge how screen time was impacting normal development. Her team discovered that children who used handheld devices for more than 28 minutes every day showed a significant delay in expressive speech. She concluded that for every additional 30 minutes a child is exposed to screen time there was a 49% increase in the risk of speech delay.

Furthermore, around two to three out of every 1,000 children experience or are born with detectable hearing loss in one or both ears. Again, while this can be caused by natural occurrences, there as also been a concern that the increased use of headphones can contribute to hearing problems in children and teens. The use of headphones beginning at a young age can cause difficulty hearing later in life, particularly if children utilize headphones at unsafe volumes.

Increased screen time has also been linked to problems with eyesight, particularly in causing eye strain, dry eyes, blurred vision, and headaches, due to the long amount of time spent looking at the screen. Other negative impacts have been found to include:
Other side effects can include impairment in the development of social skills, learning delays, and problems with emotional development and behavior. With all of these negative effects, it’s not surprising to find so many doctors and scientists rallying to keep kids away from TVs and handheld devices. However, to effectively combat increased screen time, particularly during colder months, it’s important to find alternative ways to keep kids active.

Gym memberships have increased by nearly 20% since 2008, and they are expected to keep growing by 23% in the next ten years. Health club activities for kids have also seen a boom following Michelle Obama’s Let’s Move campaign. Health clubs are quickly becoming one of the number one ways to help keep children active even during the winter months. Since 1990, the number of children using health clubs has skyrocketed by 108% according to IHRSA, with the number of children under the age of 18 doubling in the last ten years alone.


Making use of health clubs not only helps keep kids away from screens and active, but it can also offer some incredible benefits that parents might not have considered.

Getting Involved as Parents

Parents can also benefit from heading to a health club with their kids. For instance, playing a 30 minute round of tennis can burn up to 169 calories for a woman and up to 208 for the average man. That’s not to mention the other amenities that health clubs feature that can help you tackle a new fun activity each day of the week. Furthermore, staying active with your child helps teach them by example. Children look up to their parents to show them what they are supposed to be doing and if you’re having fun being active they’ll learn to do the same.

You can do something to help cut back on screen time exposure. By recognizing the dangers and taking the opportunity to find and utilize alternative activities, you can help prevent the negative side effects of screen exposure and set kids up for a healthy, active, and successful future.

Devin is a writer and an avid reader. When she isn't lost in a book or writing, she's busy in the kitchen trying to perfect her slow cooker recipes. You can find her poetry published in The Adirondack Review and Cartridge Lit.
at 9:28 AM

Email ThisBlogThis!Share to TwitterShare to FacebookShare to Pinterest
Labels: long term impact of screen time, The dangers of screen time