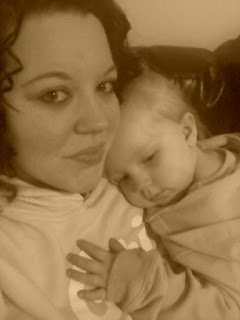 A really good friend of ours Alley and her two year old daughter Melanie had this amazing experience that happened and we wanted to share it with you.

Alley who is deathly allergic to wasps and bee stings had a very traumatic experience while her two year old daughter Melanie ended up saving her life!

As they pulled up to their home mom got out of the car to get Melanie out of the car seat. As Allie was tending to Melanie a wasp snuck up her pant leg. From the time they walked from the car into their home the wasp stung Allie six times. At this point they are in their home. Alley's throat has swelled up, she's gasping for air and cannot speak. She started pointing to her purse across the room on the couch. Her daughter went over opened the purse and began literally throwing everything out of it. When she got to the epipen. She grabbed it and was walking over to mom who at this point was in serious condition. She handed her mom the epipen. Alley gave herself the shot and it saved her life.

The real kicker of the story is her two year has never seen or heard or was never educated about this epipen. She instinctively and intuitively stopped being a two-year and tuned into the situation and was guided to what needed to be done. This my friends is a true miracle.....spirit in action.