PARENTS: Make Sure Your Kids Are Ready to Fight the Flu! 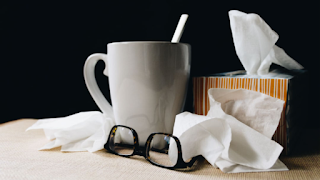 Parents -- it's time. Though it's always time to make sure your children are as healthy as possible, it's currently time to an easily-spread, horrible respiratory infection: the flu.
According to a National Health Interview Survey, influenza alone is responsible for 200 million days of diminished productivity and 75 million days of work absence. Everyone can suffer from this virus -- especially kids.

There are more than 3 million flu cases per year in the United States. This infection attacks the lungs, nose, and throat and can be particularly damaging to children since their immune systems are not as strong as healthy adults.


Since we're right in the middle of this year's flu season, parents first must make sure their communities and school districts are carefully monitoring outbreaks. In some parts of the country, this year's flu outbreak has been entirely too severe.

According to ABC News, more than 40 Colorado schools had to close down this November after a mystery virus (with flu-like symptoms) spread among students and staff. It's the first time the school district has ever closed due to illness.

"We are taking this highly unusual action because this virus is extremely contagious and spreading quickly across our schools," said Tanya Marvin, the district's nursing coordinator.
The CDC estimated that since 2010, as many as 710,000 flu-related hospitalizations and up to 56,000 flu-related deaths have occurred.

Additionally, CBS Austin reports the Dell Children's Medical Center treated 343 children in a single day for flu-like symptoms. The virus forced an Austin school to close down for two days to allow parents to seek necessary medical treatment for their kids.

"We had over 50 kids out sick yesterday with Flu A, Flu B, and strep throat," added Jacques Weber, Head of School at the Austin International School. "That started to kind of ring the alarm bells.

What Can Be Done?

Unfortunately, there is not a cure for this virus, but there are at least a few things that can be done to give your children a better chance of fighting back against the flu. Here are some great parenting tips to keep your kids healthy and strong:
As long as you're taking care of your children, paying attention to the news, and know what to look for, you and your family should be prepared to take on this year's flu season. Good luck and stay healthy!

Devin is a writer and an avid reader. When she isn't lost in a book or writing, she's busy in the kitchen trying to perfect her slow cooker recipes. You can find her poetry published in The Adirondack Review and Cartridge Lit.
at 4:52 PM

Email ThisBlogThis!Share to TwitterShare to FacebookShare to Pinterest
Labels: fighting the flu, kids and the flu

“Let children have tales of the imagination. Scenes laid in other lands and other times. Heroic adventures. Hairbreadth escapes. Delici... 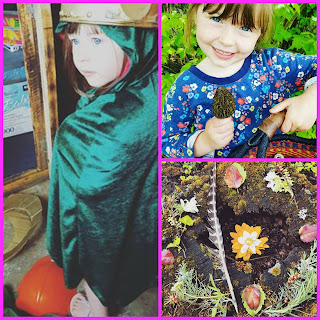